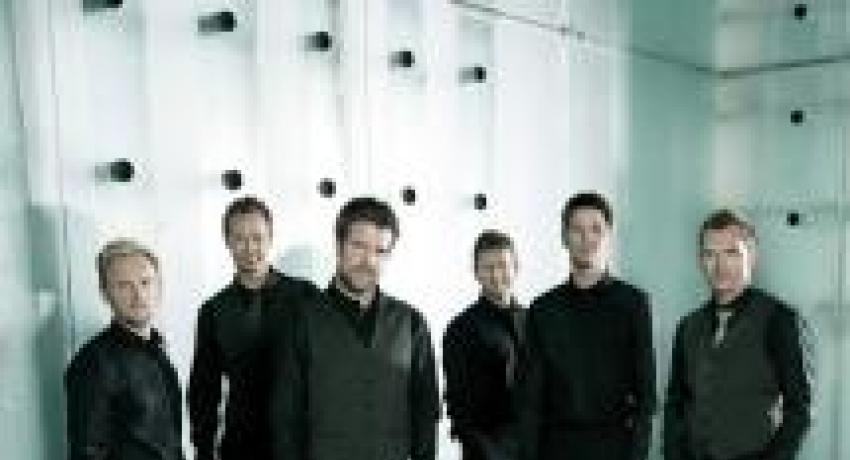 With their 5th. album “Diversity”, 3 times CARA award winning vocal pop group Basix show that they are now grown up. No more hiding behind cover songs and slap stick humor, this is the real thing.

19 beautiful, innovative original songs, all written and arranged by the group members themselves in the two years that have passed since the group's last album “Star People”. Everything is a cappella but not like we have heard it before. It's larger, less transparent, and the sound is playful, punchy and contemporary.

The 6 members of the group have grown up. Not only musically but also as professional performers. They know what they want to accomplish, who they want to work with and how the whole process should take place. They have taken the lead in their own carreers and nothing is left to chance. Every collaborator is carefully chosen and only the best get the chance to stay. The mixers and co-producers are an astonishing crowd of world renowned experts in each their field and sound:
Freddie Feldman - USA (www.vocomotion.com), Torben Lysholm - Denmark (www.tunetown.dk), Francesco Albanese - Italy (www.studiocompresso.it), John Clark - USA(www.attic-studio.com), Stig Kreutzfeldt - Denmark) and finally Bill Hare - USA (www.dyz.com)

Venues
Since 1999 Basix has presented first-rate vocal-pop to fans in Denmark as well as abroad.
The group´s strong vocal performance, which runs the whole gamut of emotions has dazzled audiences in a vast number of concert halls, theaters, clubs, cafés, churches, at conferences, and private events.

Appearances
A memorable performance in the precompetion for the Eurovision Song Contest broadcast live on national TV in the spring of 2001, kick-started the career of the six vocalists. Since their honorable second place in the competition, Basix has performed several times in the radio and on national TV. For example in “The great christmas show” in 2004 and 2005, where they performed with international artists such as Gawin DeGraw, Sissel, Mick Hucknall, Beth Hart and Lucie Silvas, and this has resulted in the group's current status as one of Scandinavia´s premier ensembles.

Media
In September 2001, Basix released their debut album “The grass”
Immediately the album broke into the Danish charts, and was nominated for a Contemporary A Cappella Recording Award (CARA). For seven weeks it attained a placing among the ten best-selling albums in DK, a placing which, in the end, earned the members of Basix a platinum album. Since then Basix has released three albums: “Embodiment” (2003), “Christmastime” (2005) and “Star People” (2007). Both “Embodiment” and “Christmastime” have won the prestigious American CARA-award.