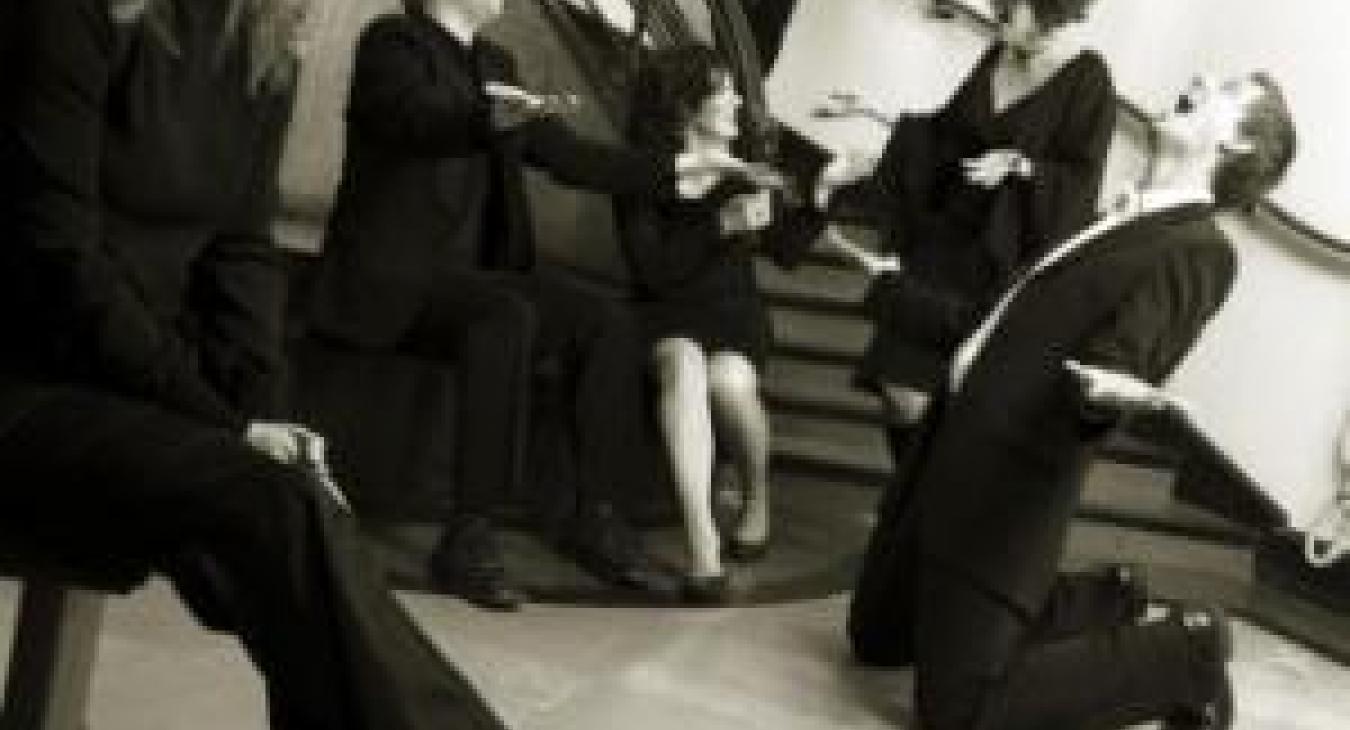 The voice is boundless

Countless vocal groups around the world sing Christmas songs and evergreens. Some a cappella groups base their approach on jazz, some on classical choral music, while others go for a more straight-forward pop sound. Other groups specialize in spiritual music. A few even sing original material.

And then there is a unique group that does all of the above. It's called Rajaton. The Finnish word Rajaton translates as "boundless" – and that's precisely the right word to describe the way this vocal ensemble approaches music. The six-piece a cappella group has performed around the world at concert halls, churches, and jazz festivals, singing everything from spiritual music to pop hits. In fact, it's hard to imagine an audience that Rajaton could not reach with its music, or a type of music Rajaton could not make its own.

"We all have different approaches to music, and that's where the Rajaton sound comes from. One thing we all do have in common, though, is ambition. We're serious about putting music first", group founder Jussi Chydenius says. This ambition has paid off. After several extensive tours, Rajaton has gained recognition and earned rave reviews across Europe. In recent years, the group has also made headways into the North American and Asian markets, with concerts in Canada, the U.S. and Korea among others.

In their native Finland, Rajaton are a bona fide pop phenomenon. In 2003, the group rose to n:o 2 on the charts and went platinum with their album Joulu ("Christmas"), a holiday collection featuring both original compositions and highly innovative versions of seasonal standards. In 2006, the album Rajaton sings ABBA with Lahti Symphony Orchestra topped the charts in Finland in its release week and sold platinum in a month. It was the first album featuring other than a cappella songs, and also the first one consisting solely of cover material. Altogether, Rajaton has five gold and two platinum records in Finland, and their albums have sold over 200.000 copies worldwide.

Evergreens are of course just one facet of Rajaton. A vast majority of the songs in Rajaton's repertoire are originals, written by the group members themselves or by some of Finland's most respected contemporary composers and songwriters. "We choose our songs very carefully, whether it's a question of traditional choral music or contemporary pop. We want to entertain, but there also has to be substance to entertainment. The songs we sing always have to mean something to ourselves", Jussi Chydenius explains.

Rajaton has just released their eighth album, called Maa, with which the group returns to its Finnish roots. Like their debut album Nova (2000), the new album consists of original songs composed to Finnish poetry. On Maa, however, most of the songs were for the first time written by the group members, which makes the album an important milestone on Rajaton's way to artistic self-sufficiency.

Local success has done little to diminish the group's ambition to bring its music to new audiences. Rajaton will continue to tour internationally, once again amazing all kinds of audiences with their combination of technical excellence, entertainment value, artistic depth – and pure passion for music.